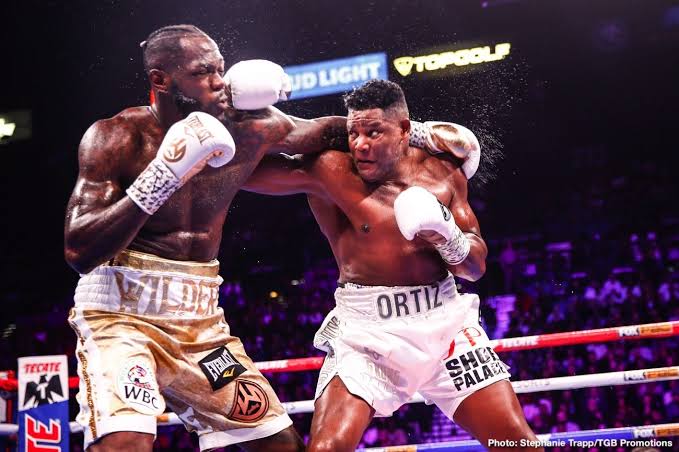 The American was on the verge of losing his title after after being out-boxed by Luis Ortiz for six rounds.

Wilder made a devastating comeback in the seventh round when his powerful right hand punch left Ortiz beaten on the canvas.

Ortiz eventually rose up but he could not beat the 10 count.

“I found my measurement, seen the shot and took it,” said Wilder, 34.

“We have Tyson Fury the rematch next. It’s set to be done in February so we will see how that goes and then after that I am looking for a unification bout.

“The heavyweight division is too small to have so many belts lingering around, there should be one champion and I think I am the perfect man for that job.”

Wilder said after successfully defending his title for the tenth time.

JUST IN: Why I Left Trabzonspor – Mikel Obi