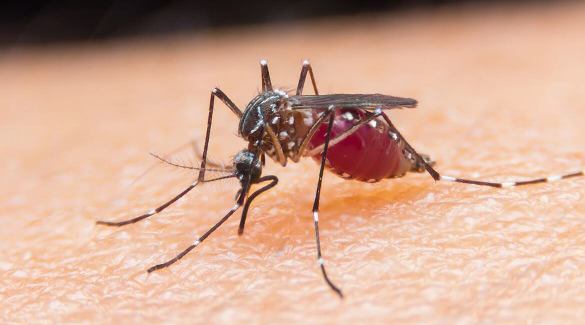 One of the most dreaded and fast killing diseases among pregnant women and children has been tackled and reduced to the barest minimum by the Delta State government.

The state government in collaboration with partners in the Malaria Elimination Programme said it has reduced the number of cases by 50% especially in pregnant women and children.

The state Commissioner for Health Dr. Mordi Ononye, gave the revelation Wednesday in his office during his statewide broadcast to commemorate the 2018 World Malaria Day.

Dr. Onoye said the State was able to achieve the feat because it encouraged the policy of rapid diagnostic testing for malaria before commencement of treatment which helped greatly in the reduction of the incidence and prevalence of drug resistance cases in the community.

He added that government routinely distributed insecticide treated nets to pregnant women and children under 5 years of age as they constitute the most vulnerable groups for malaria infection in the State.

THE Health Commissioner further said that government also through its health facilities administered specific anti-malaria drugs to pregnant women in order to protect the mother and the unborn child from complications of malaria in pregnancy.

The Commissioner said the World Malaria Day is a day set aside on every 25th Day of April by the World Health Organization (WHO) and Partner Organizations to specifically promote the fight against the malaria disease and also reduce its burden.

He said the theme for this yeara��s celebration which is a�?together we cana�� would provide stakeholders the opportunity to review various efforts already undertaken to eliminate malaria and the gains achieved towards a malaria free Delta State.

Dr. Ononye, said that though since the year 2, 000, the world has made historic progress in the fight against malaria and yet the risk of developing the deadly, preventable, treatable disease responsible for over 400, 000 thousand deaths annually is still very high.

He therefore, called for more collective efforts to end the scourge of malaria and save millions more from dying from the disease and its complications.

According to the Commissioner, malaria is a mosquito-borne disease caused by a parasite which is transmitted to humans through the bite of the female Anopheles mosquito after which it presents with fever, chills, body pains etc.

Man arrested for hijacking truck loaded with cocoa on highway