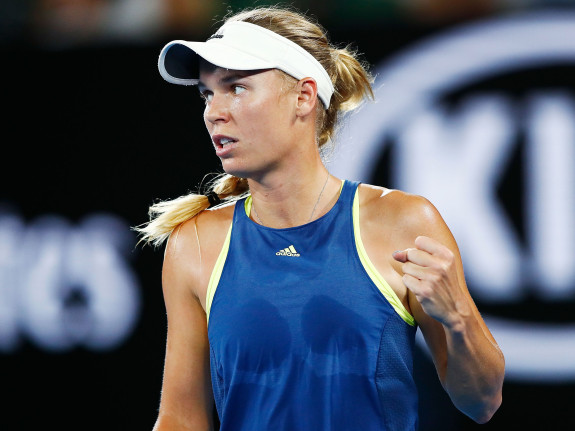 Caroline Wozniacki beat Simona Halep to win her first ever Grand Slam Title after years of Near Misses.

The Victory means Wozniacki will replace Simona Halep as World Number One in the WTA Rankings on Monday.

The Joyous Wozniacki who became the first Dane to win a Grand Slam Singles Title expressed her joy after the historic win.

“I want to congratulate Simona. I know today is tough and I’m sorry I had to win, but I am sure we will have many matches in the future.

“I dreamt of this moment for so many years, and to be here today is a dream come true,” said Wozniacki.

“Last but not least, I want to thank my dad who has been there since I was seven,”

“We’ve had ups and down, but you’ve been there every step of the way.”

Meanwhile, Simona Halep accepts she was no where near Wozniacki but she congratulates the Dane.

“I want to congratulate Caroline. Good luck for the future.

“It’s been a great tournament for me, I started not very well with an ankle injury but wanted to give my best.

“Of course I am sad but Caroline was better than me,” she said.

“I fight and have many years to go, so hopefully will face another challenge like today.”

Sarri satisfied with result, improvement from his 'nervous' Chelsea in 2-0 win over Fulham