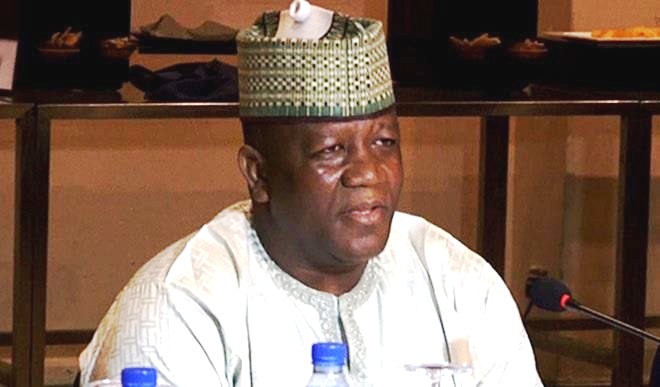 Governor Abdulaziz Yari has alleged that his administration gave security agencies 24 hour head-start to alert them on the impending invasion of communities in Zamfara by bandits that resulted in the death of 39 persons in Zurmi local government area of the state on Wednesday night.

Speaking Friday evening when he led five Northern Governors on a sympathy visit to the palace of the Emir of Zurmi, Yari said security agencies in the area have failed to tackle the problem of cross border banditry and terrorism bedeviling communities in the area.

a�?Whatever humanly possible that needed to be done, we as a government have done to mitigate this disaster. But it does appear that security agencies are failing in their responsibilities.

a�?I feel let down facing the people of this state whenever I remember the promise I made to them that when they elect President Muhammadu Buhari into power, these killings will end. But unfortunately, things are now getting worse.

a�?As such, I urge you security agencies to up the ante so as not to lose this war. If you let us take issues on our hands, anarchy will reign which is not what we hope us.

a�?On this particular incidence, we had intelligence reports 24 hours before it happened that the bandits were grouping and ready to attack. I alerted the security agencies but unfortunately they sent inadequate personnel to confront these people from where they came from,a�? he said.

In his remarks, the Emir of Zurmi, Alhaji Atiku Abubakar, said echoed what Yari said, adding that if not for the bravery of vigilante groups who confronted the bandits, the casualty figures would have been higher.

Giving insight into what really happened, the Emir alleged that 600 bandits made attempt to invade Zurmi but were repelled by vigilantes.

a�?They came on 200 motorcycles with three persons on each bike. Each of them was well-armed. We stationed 500 vigilante members who stood their ground and gallantly fought the bandits. Unfortunately, these same bandits turned their anger on travelers and other villagers on their way here, that was why we had 39 people killed.

a�?Thes terrorists are known to us. Their major hide-out is in a village called Kagara, very close to Bafarawa in Sokoto State, and a few kilometers from Shinkafi in Zamfara State. But despite several appeal to security agencies to storm the area, our appeals have failed.

a�?I need to state here that majority of weapons used by bad people in this country are brought in from this area. I had reason to personally inform Zamfara State Director of SSS sometimes back of a large cache of weapons being brought into the country but no concrete action was taken until the containers were moved away.

a�?I am happy that other Northern Governors are here because we believe the solution to this problem lies in cooperation among all of you.

a�?I dona��t need to repeat here that we need a full battalion of soldiers here and in areas surrounding Maru, Maradun, Shinkafi and Zurmi LGAs,a�? the visibly angry Emir said.

He added that the people have been pushed to the limit and a negative reaction from them will have devastating consequence on the continued peaceful coexistence of all communities in the area.

In his remarks, Governor Kashim Shettima of Borno appealed to the people not to lose patience. He sympathized with the victims and prayed to God to grant the deceased eternal rest.

In addition to Shettima and Yari, other Governors on the entourage were Aminu Waziri Tambuwal of Sokoto, Abubakar Atiku Bagudu of Kebbi and Umar Tanko Al-Makura of Nassarawa States.,

I Was Almost Rescued From Prison Commando-Style, Says Obasanjo