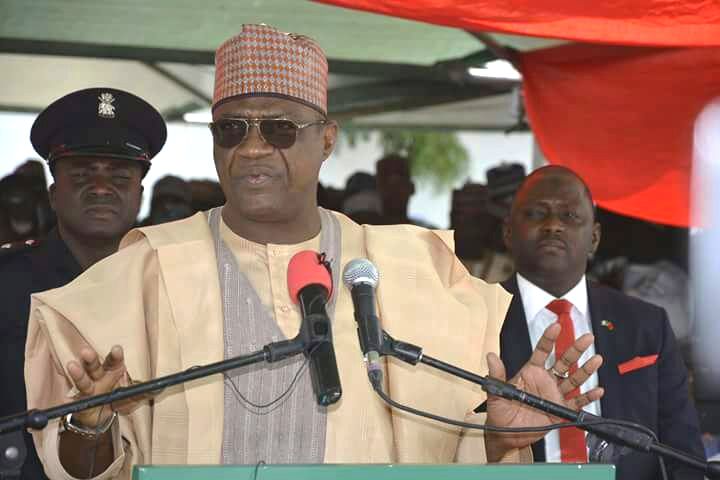 His Excellency, Gov. Ibrahim Gaidam has announced N91, 647, 597, 000.00 as the total amount of money projected to be spent by his administration in 2019 to spur the state to greater socio-economic progress.

“In this budget, we intend to consolidate on the gains recorded so far by completing all the major legacy projects being executed by our administration before handing over to the incoming APC administration in the state…

“We intend to hand over to the incoming administration a government that is free from any loan, that is without any uncompleted capital project, and that has a robust civil service to plan and implement any project”, the governor said.

The governor spoke moments ago at the State House of Assembly where he made a valedictory budget address to the lawmakers and presented the 2019 Finance and Appropriations Bills, tagged the “Budget of Consolidation”.

The governor revealed that education has been allocated the sum of N22, 497, 645, 000 under the social sector. “We will continue to take steps to revitalise education for the progress of our state depends on it”, he said.

“The overall budget performance from January 2018 to Nov. 2018 was 61.1 percent. The percentage will increase before the year ends”, he said.

Given the progress that Yobe has made so far, “we cannot dare to look backwards”, Gov. Gaidam said.

“We are optimistic that the policies and programmes being implemented and the legacy projects which our administration has executed will continue to be strengthened in our state post-May 2019”, the governor added.