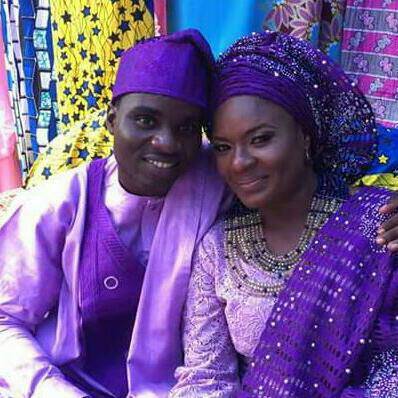 Why are Yoruba ladies so cocky superficially but graceful inside? It is confidence! Be sure of yourself before even asking one for a date. Yoruba men know better than to ask a Yoruba lady above their standard for marriage. If you want to, the best way to do it, is to court your school mate from primary school. Once she finishes high school, you may as well proceed to college or show high potential in order to marry her. In order words, Yoruba ladies seldom marry down. If they do, consider yourself very lucky.

So some Hausa and Igbo men are still cranky about their ladies marrying outside, especially to Yoruba men. They will learn just as most Yoruba men did that ladies have come a long way and no Yoruba, Igbo and lately Hausa men can control liberated and well informed ladies. It is not your place, so dona��t even try. Mind you, while inter-ethnic marriages have been encouraged by politicians for national unity, some find it hard to give their daughters away to other cultures.

However, if you have made it, if you do not have a Yoruba as a wife, you have failed to clinch the ultimate lady. It does not matter which ethnic group you belong to, Yoruba lady is it. Go to other cities or towns, once they know you have a Yoruba wife, you are entitled to a chieftaincy title and they brag about it too. One reason is what most of us know: Yoruba ladies do not marry down except when certain circumstances demand it.

Most men see nothing wrong in taking a wife from a different ethnic group especially when they think they have made it and deserve more. In the first place, if men are rich enough to support more than one wife, they are allowed. After all , studies show that polygamous men live longer than serial monogamists. The problem is those that cannot not support themselves, not to mention a wife, going after many ladies. They end up being dragged by those women and children they cannot support.

You may have heard about different types of stereotypes to degrade ladies from other ethnic groups. None of them are true. Most classy ladies depending on their levels behave decently and if you are too poor to pay either their dowry sooner or their exclusive taste later, say so.

Actually Yoruba ladies are too proud to pay attention to slights from ignorant sources. They laugh it off as comedy. Apart from the sophistication, Yoruba ladies are so elegant, they are difficult to replicate. One enchanting look at the man they really want, he will melt into their chests, even if their bosom is not as big. Most ladies may walk and look the same; after all the makeup and world exposure, even on television. Not Yoruba ladies, they are distinctive.

The darker Yoruba women are, the prettier they look. Only dark Hausa and Sudanese ladies can compete. So fine dark Igbo ladies are mistaken for Yoruba. Bleached skin does not matters, it is beauty in the genes that can be passed on to your children. Yoruba ladies carry themselves and exude some type of confidence that makes a poor man think twice before approaching them.

Indeed, unlike other ethnic groups, they would not suffer men considered below standard gently. Yoruba ladies must learn to give a poor brother a break and marry down like Igbo ladies. The same graceful look Yoruba ladies give to attract men can change into scorn of: me, emi ke?

However, when Yoruba ladies dress, you can differentiate their style from a distance. It does not matter if the occasion is in Timbuktu, Yoruba ladies would impress even foreigners not used to their majestic demeanor. It is their manner, mode of dressing and dancing that attract other ladies worldwide to dress like them. They are so easy to spot, from their distinctive appearance, even when they party outside their hometown. They project African pride with a bent!

Take the way Yoruba ladies dance for example. They never exert the energy common to most ladies especially now that twerking has gone worldwide. Yes, Yoruba ladies twerk like all the young girls do but twerking was not common to most Yoruba cultural dance. They can stand on one spot, seductively move or roll each part of their body without being forceful. It is more of a slow dance. The Yoruba musicians always remind them: sa ma mi!

Yoruba ladies work hard and love to party to a�?owambea�? music as widely known. It is true that some of those parties may have gone to extreme mode by wearing attires like uniforms for different parties. A few may have turned it into business since they expect you to buy directly from the celebrant that buys it in bulk. But it does not take anything away from their creative styles of a�?up and downa�? or a�?iro and bubaa�? not to mention their artistic or designer a�?gelea�?.

Watch out, owambe is addictive and infectious. They change the styles and patterns of each of these every season. Sometimes it is hard for their friends to cope as it drives some men crazy, even when most of the ladies spend their own money. Tell them to stop the extravaganza and they have answers: hardship in Nigeria is so depressing, it is their way of ameliorating stress and unpleasant situations. All of them seeking a place of sanctuary on weekends. Would you rather give the money they merry with to some pastors, imams or shrines?

The worst criticism is the display of wealth at parties where conspicuous spenders spray cash to impress the crowd. Well the display of cash started as modest appreciation to celebrants and the drummers. It went wild and has been discouraged by local governments. It is an unusual way to impress our ladies, especially for some of us crying about expensive dowries and high maintenance ladies. Haba, please pity a poor brother!

Unfortunately, some of the people that criticized spraying of cash to impress ladies most have gone wild with it. Outside Yoruba parties, some of their critics have gone wild. Cash is now sprayed with hand machines as the whole dancing floor is carpeted with all kinds of currencies. No Yoruba lady would be impressed with that charade. They are not for sale O!

88 thoughts on “Yoruba Ladies Are The Ultimate Wives”