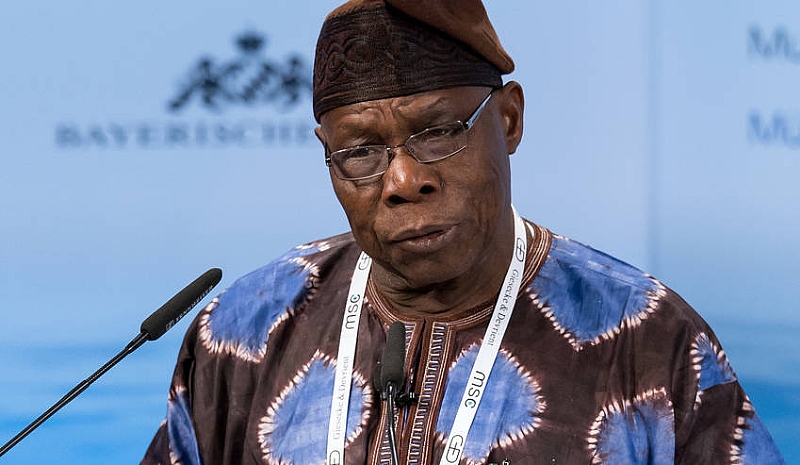 Former President of Nigeria, Olusegun Obasanjo, on Monday said Yoruba leaders must do more to rescue the nation from collapse and maladministration, during a visit to the leaders of the pan-Yoruba socio-political organisation, Afenifere.

“Our priority is now one. If we do not join hands to repair this country now, it will collapse and this could be disastrous, he said at the residence of the leader of the group, Pa Reuben Fasoranti in Akure, Ondo State.

“I remember visiting Pa Abraham Adesanya thrice in Lagos before the 1999 election and I was asked to join Afenifere and Alliance for Democracy then, but I told them that AD was a cul-de-sac.

“Pa Abraham told me that if I joined, things would change; but I refused to join them. I went back the second time, but they refused to work for my emergence.

“I went there again the third time, but Afenifere maintained their stand. They refused to vote for me; but I secured my votes outside Yorubaland, though they supported me in 2003 for my re-election.

“We want to encourage you in your struggle to make Nigeria the best, said Afenifere leader, Pa Fasoranti, in his response.

“You are fearless and that is one of the traits of a good leader.

“We have been watching you; and your dreams of a better Nigeria shall be realised.

“Nigerians are at a crossroads; we are tired of the killings, kidnapping going on across the country and the President is mute about it.

“We are in full support of all the letters written by Obasanjo to President Muhammadu Buhari on the state of the nation. We are dissatisfied with the state of affairs in the country. The country is not being run properly.

“Nothing is being done properly in this country presently. Look at the killings in the North. The President is very silent about it.