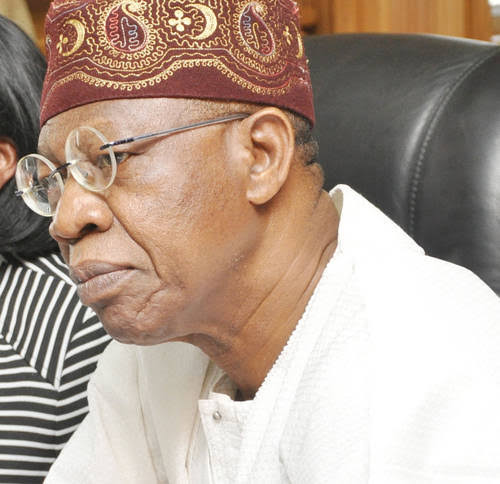 The Peoples Democratic Party (PDP) has reacted to a statement by the Information Minister, Lai Mohammed , accusing the opposition party and its presidential candidate, Atiku Abubakar of subversive activities.

PDP spokesman, Kola Ologbondiyan , asked the minister to stop playing to the gallery and address the monumental failures of the government he speaks for.

He challenged Mohammed to come up with evidence of subversion against the PDP and its candidate, if he has any.

Similarly, Atiku Abubakar had through his spokesman, asked the minister to feel free to present his evidence before the relevant security agencies or keep his peace and allow Atiku to pursue his case at the election petition tribunal to a logical conclusion.

Atiku’s media adviser, Paul Ibe, had said “the man has run out of smart arguments and what he does these days is to make allegations he cannot substantiate.”

Ologbondiyan on his part, expressed irritation at the Minister’s allegation of attempts by the opposition to overthrow the All Progressives Congress (APC) led Federal Government.

He said the Minister is overwhelmed with the challenge of speaking for a government that has failed to deliver on the promises it made to Nigerians four years ago.

Ologbondiyan further accused the Minister of avoiding issues pertaining to poor governance and maladministration, which he said, the APC and the Buhari administration are notorious for.

“Nigerians are tired of a man who keeps running away from the real issues at hand. If Lai has evidence to substantiate what he has been saying, he knows what to do”

“The federal government has no answers to the numerous challenges facing the nation. Nigerians are daily dying of hardship and all their spokesman can say today is to look for people and party to scapegoat for their failure.

“The PDP is determined to retrieve its stolen mandate at the tribunal and no amount of lies can distract us from realising this objective”.

It will be injustice to Nigeria not to implement 2014 Confab report: Ike Nwachukwu

9 thoughts on “You Are A Liar” – PDP, Atiku Tells Lai Mohammed”