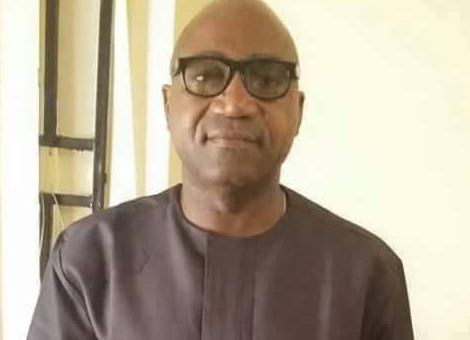 Miffed with the lackadaisical attitude of Commissioners and Executive Assistants (EAs), at the signing of a Joint Venture Agreement between the Delta State government, Norsworthy Investment Limited and the Technical Partners, Mirai Technology Limited at the office of the Secretary to the State Government (SSG) Festus Ovie Agas, last week, fired back at the Commissioners and EAs for coming to the event behind schedule.

According to him, a�?it doesna��t tell well of us when an appointment is fixed for 8:45 and partners are here as early as 8:30 and we walk in leisurely at about 5mimnutes past 9, I dona��t think it sends good signals to this sidea�?.

He however noted that the signing of the Joint Venture Agreement was a significant one, a�?by implication, he identified agriculture as our real oil. That is, Delta State is endowed with a lot of arable land and other natural resources and among other things; agriculture was the way to goa�?.

He listed the benefits of the Agro-Industrial Park to include the provision of employment for Deltans, provides technological learning through the facilities and to attract other forms of investments in and around Ogwashi-Uku and the state, he disclosed that both partners have the experience, relevant skills and training to handle the programme.

According to the SSG, a�?we as a state, we are very optimistic and we look forward to the successful execution of this programmea�?.

Also speaking, the Chief Job Creation Officer in the state, Prof Eric Eboh, told the partners that the Agro-Industrial Park was the brainchild of the governor geared towards developing agricultural value chain in the state via Agro Industrialization.

He said the governor immediately constituted an Inter-Agency Committee on 15 February 2016 to plan and coordinate the Agro-Industrial Park initiative which includes the feasibility study and preparation of business plan which were also completed in August 2016.

a�?The completion of that report coincided with the Silver Jubilee Anniversary of the creation of Delta State. Thereafter, the feasibility report and business plan were subjected to rigorous technical revisions and validation of the project site, profile and the business model as well as the financing plana�?.

He explained that the processes were done by the Committee on Agro-Industrial Park closely with the economic management team, a�?and this was done to ensure financial profitability, economic viability and overall project sustainabilitya�?.

In their separate remarks, Chairman, Norsworthy Investment, Chief Gabriel Ogbechie and the Technical Partners Mirai Technology Limited who was represented by Mr. Roy Tal, thanked the state governor for the laudable project.

a�?We consider ourselves to be privileged to be part of this project. We are passionate about investing in Delta State, we are happy that we have been chosen to key into this project of not only developing Delta State but also creating jobs for the communitya�?, Ogbechie said.

a�?It is a very important moment in the launch of the Agro-Industrial Park, it is a key element in the economic reform of Delta government. The park will facilitate investments, create jobs and develop the agricultural sector. We are very proud to be partners with Delta government, it will set an example for other states in Nigeriaa�?, Roy Tal stated.

The Commissioners and EAs who stormed the event a�?leisurelya�?, include the Commissioner for Agriculture and Natural Resources, Austin Chikezie, his counterpart in Commerce and Industry, Mary Iyasere, Commissioner for Justice and Attorney-General, Peter Mrakpor, his counterpart in Hosing, Architect Joseph Ogeah and the Executive Assistant to the governor on Delta State Micro, Small and Medium Enterprises Development Agency (DMSMA), Bello Shimite.

It was reliably gathered that Okowa had told his appointees to keep to time in any event that concerns the state.

Maina: I want open trial or nothing – Malami

8 thoughts on “You Are Supposed To Live By Example, Delta SSG Tells Commissioners, Others”