You must desist from selective prosecution: – HURIWA to EFCC

You must desist from selective prosecution: – HURIWA to EFCC 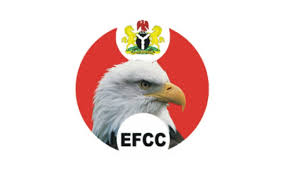 A prominent civil society organization – HUMAN RIGHTS WRITERS ASSOCIATION OF NIGERIA (HURIWA) has expressed deep consternation that the Economic and Financial Crimes Commission (EFCC) under the current dispensation is consistently sinking into the deepest abyss of selective prosecution of alleged graft offenders. The Rights group said the EFCC has a text book case of how to prosecute accused person based on the criteria of how closed you are to the inner caucus in the Presidency, your Ethnicity and your religion just as HURIWA has asked the National Assembly to investigate the allegation that over 75 percent of strategic holders of offices of directors in EFCC are persons from Moslem North.

The group has also described as hasty and insensitive, the decision by the presiding judge of the Federal High Court, Lagos division, Justice Mohammed Idris to revoke the bail he had granted in 2007 to a former Abia state governor Chief Orji Uzor Kalu who is facing N7.65 billion fraud charges. The group said although granting of bail is discretionary, it however expressed sispicion that the presiding seems to be reading so much of the media blackmail stories usually splashed across social and online media by paid political agents that are out to destroy the person of the erstwhile governor of Abia syaye Chief Orji Uzor Kalu who has continued to enjoy meteoric rise in politics.

The Rights group said also that the application by the EFCC lawyer for the bail revocation which necessitated the action of the judge in outrighlty revoking the bail he granted to Chief Orji Uzor Kalu was callous, insensitive and a misdirected angst against the accused person who is reportedly in a German hospital to undergo intensive surgical operations. HURIWA wondered why the Prosecution team did not even travel to Germany if they were doubting the excuse tendered before the Court for the unavoidable absence of Chief Orji Uzor Kalu in Court on the date the bail was revoked late last month.

The Rights group said the implication of what happened at that Federal High Court was that the chief prosecution counsel does not care whether the accused is in the right health status or not to show up in court or not probably because he is from the South East of Nigeria and not one of the most favourite political acolytes of the powers- that- be in Abuja.

“As a human rights body, we see what transpired in the Federal High Court Abuja which was instigated by the irresponsible and insensitive application for revocation of bail by the EFCC’s legal team as a confirmation of the widespread apprehension in most quarters that the anti-graft commission makes use of sledge hammer against accused persons from some “unfriendly” ethnicities but treat other favoured ethnicities and close friends of the president with considerable amount of leniency. This same EFCC has not found it necessary to invite the chief of staff to the president for investigation over diverse but worrying levels of accusations of fraud and bribery made by different Nigerians including biological relation of one of the two most powerful members of the cabal in the presidency- the Chief of Staff to President Muhammadu Buhari.

“Apart from the chief of staff to the president, the EFCC is yet to institute charges against the disgraced erstwhile secretary to the government of the Federation Babachir Lawal despite the existence of massive amount of body of evidence which indicted him of alleged diversion of nearly half a billion Naira meant for the rehabilitation of the North East of Nigeria and for the feeding of the displace persons of the counter insurgency war”.

HURIWA wondered why the EFCC has refused to arrest the national chairman of the ruling APC who is the arrow head of the presidential campaign of the president, even when top members of his own party accused him severally of bribery scam during the just ended rancorous primary elections of APC all over Nigeria.

Aside the allegation of accepting bribes worth over $50 million USD, Mr. Adams Oshiomhole is also a subject of a widespread allegation of multibillion dollars scam during his 8-years stint as Edo state governor just as a human rights activist had obtained the order of the court for his prosecution but EFCC is resisting.

HURIWA stated that Justice Anwuli Chikere gave the order while ruling on an ex-parte application brought before the court by Bishop Osadolor Ochei.

HURIWA further recalled that the application is seeking an order of mandamus to compel the Economic and Financial Crimes Commission (EFCC) to arrest and commence criminal proceedings against the ex-leader labour for allegedly diverting state funds for personal use.

The Rights group recalled the judge, who also ordered service on the anti-graft agency, stressed that the exercise must be done within five days beginning from the day the said order was issued.

The ex-parte, with suit No FHC/ABJ/CS/628/ 2018, and filed by Dr. West Idahosa on behalf of the plaintiff, has Oshiomole and EFCC as first and second respondents.

Idahosa, had while arguing the motion, urged the court to allow the respondents file their replies to the weighty allegations against them.

While praying the court to grant the request of his client, Idahosa referred the court to 86 exhibits filed in support of the application, stressing that there were documents and graphics of palatial houses of the ex-governor whose his life earnings, he contended, couldn’t acquire.

He said there were evidence on how the APC national chair allegedly diverted money meant for state projects to his.

The counsel added that there were vouchers of exorbitant airfares that the NLC’s erstwhile boss incurred, which according to him, could get Edo people an air carrier.

The lawyer also claimed that there were receipts of how he used huge state funds to repair his private vehicles, urging the court to grant the sought reliefs.

HURIWA stated that this distorted operational modalities of the current deeply partisan leadership of EFCC are offensive to a plethora of constitutional provisions as cited below.

Section 17 (1) of the amended constitution of federal republic of Nigeria stated that: “The state social order is founded on ideals of freedom, equality and justice; In furtherance of the social order: – every citizen shall have equality of rights, obligations and opportunities before the law; the sanctity of the human person shall be recognized and human dignity shall be maintained and enhanced; governmental actions shall be humane.”

Section 36 (1) “In the determination of his civil rights and obligations, including any question or determination by or against any government or authority, a person shall be entitled to a fair hearing within a reasonable time by a court or other tribunal established by law and constituted in such manner as to secure its independence and impartiality.”

HURIWA is worried that this discriminatory prosecutorial style of EFCC may instigate a revolt from the masses if the acting Chairman of the EFCC is not restrained from continuing with these constitutional breaches in his politically tainted anti graft style.

Education meets technology: Why schools must embrace the digital transition

10 thoughts on “"You must desist from selective prosecution": – HURIWA to EFCC”