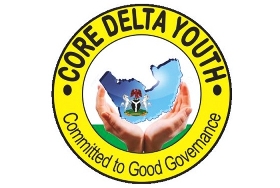 Ahead of the 2019 general election in Delta State, a front line pressure group, Core Delta Youths (CDY), State Coordinator, Comrade Uyero Erarawewho, has charged newly elected executive and members of the political pressure group to take advantage of the ongoing Continuous Voters Registration to get their Permanent Voters Card (PVC) to decide who represents them.

The Coordinator disclosed that his plans for the government included votersa�� sensitization and advocacy for youtha��s participation and involvement in politics amongst other agenda.

He called on members of the group to register and get their Permanent Voter Cards (PVC) stressing that it is their only power to decide their future.

Comrade Erarawewho who was Thursday, returned unopposed for a second term, in his address called for unity and synergy between members and executive after a successful congress which elected new executive to pilot its affairs for the next four years.

Erarawewho, in the congress which was held in Topview Hotel, Asaba, commended the members of the group for the reposed trust, which he described as endearing, even as he promised to do his best to reposition the group.

6 thoughts on “Your PVC, Your Power To Decide Your Future — Erarawewho”