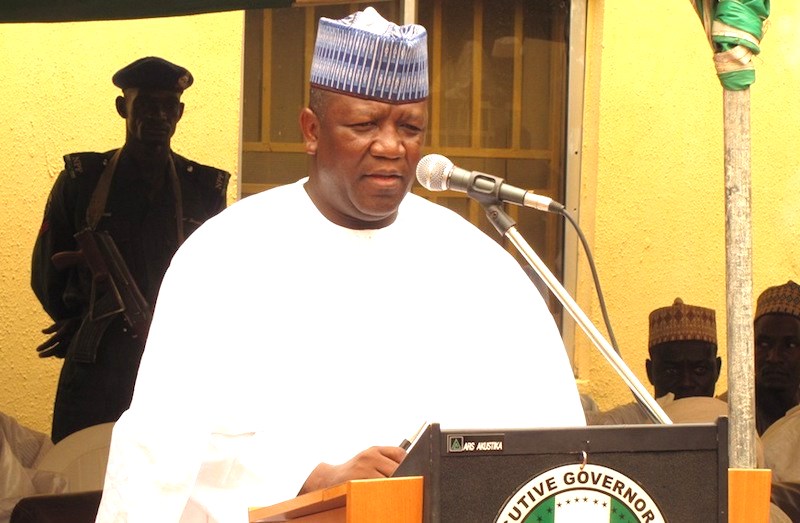 A frontline Non-governmental organization a�� HUMAN RIGHTS WRITERS ASSOCIATION OF NIGERIA (HURIWA) has condemned the inability of all the nationa��s security forces to put an end to the intermittent mass genocide of villagers by freelance armed hoodlums in Zamfara state.

The Rights group accused the current federal government of pursuing political correctness in tackling the consistent mass slaughter of innocent civilians in Zamfara state instead of the president Muhammadu Buhari to order the surgical and comprehensive law enforcement efforts to crush the growing number of well-armed militias operating in Zamfara state and whose identities may be known to security officials.

HURIWA insisted that there is already a comprehensive report of the cases of killings in Zamfara state put together by committees set up by past administrations and whose reports made recommendations on the best way and far reaching mechanisms to bring to an end these senseless targeted killings of innocent Nigerians.

HURIWA condemned the federal government under President Buhari for only decisively showing interest in launching intensive manhunt for the armed hoodlums only when cases of cattle rustling are involved and wondered why the special forces put together and inaugurated by the military comouflaged wearing President Muhammadu Buhari has failed to protect human lives first and foremost since the fundamental human right to life is sacrosanct and inviolable.

The Rights group recalled that sometime last year, the media had reported that some of these armed hoodlums surrendered their arms and wondered why the same federal government which set up a special battalion of armed soldiers to battle the scourge of cattle rustling in and around the lawless forests that littered Zamfara state has so far watched helplessly as tens -of -helpless innocent civilians are sent to their early graves by armed hoodlums who operate as if they have licences to kill civilians. “A serving Senator even accused his State governor of not doing enough to stop the killings but this strategic issue of safeguarding lives and property of the citizens has been politicized and when two elephants fight only the grass suffer. Should innocent blood continue to flow in Zamfara state?”

a�?We have followed the ugly security challenges in Zamfara state in the last couple of years and we are shocked that the Nigerian state which showed the capacity to draw out some of these armed kingpins to ceasefire temporarily and stop cattle rustling cannot now be competent and capable of stopping the blood cuddling bonanza of mass killings of poor, innocent civilians in many unsecured habitations of Zamfara state”.

a�?We find it unbelievable that dozens of poor, innocent civilians are gunned down but all the heads of the internal security agencies are not held to account. This is the primitive display of impunity and this is a danger signal against democracy.

a�?In a sane society, both the Inspector General of police; DG of DSS and Comptroller General of Civil Defence would have been forced to resign for gross dereliction of duty. These mass killing of Zamfara people are outrageous.a�?

HURIWA quoted the state police command spokesman, DSP Muhammad Shehu, in a statement, confirmed the incident and said it was a conflict between hunters, local vigilantes and the bandits.

HURIWA accepted with popular angst that the latest violence tested the will of the federal government to end the wanton killings in the North-west region of the country, particularly in Zamfara, that had come under heavy fire by bandits who rustled cattle and made life difficult for the people.

“Sadly, after gunmen torched dozens of residences and sent 24 persons to the great beyond in about three communities in Shinkafi Local Government Area of the state last November, the federal government indicated its intention to establish a brigade of the Nigerian Army in some states to stem the killings in the region, particularly in Zamfara, Kebbi and Katsina. We must stop these bloodshed now”.

Linda Ikeji Reveals: "My baby daddy and I are not suitable"