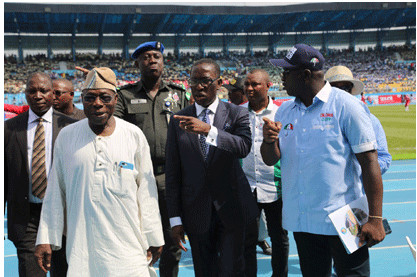 The two schools locked horns Monday in the full time at the Stephen Keshi Stadium ended in draw before they went into the first round of penalty that ended 3-3.

The second round of penalty saw Niger Mixed secondary school Asaba, made good use of their turn to pull the ball into the net while West End Mixed Secondary school lost theirs.

The march which was witnessed by the former President of the country, Chief Dr Olusegun Obasanjo and the Delta State governor, Ifeanyi Okowa.

"We are committed in Bakassi" Biafra Nations Youth League, BNYL