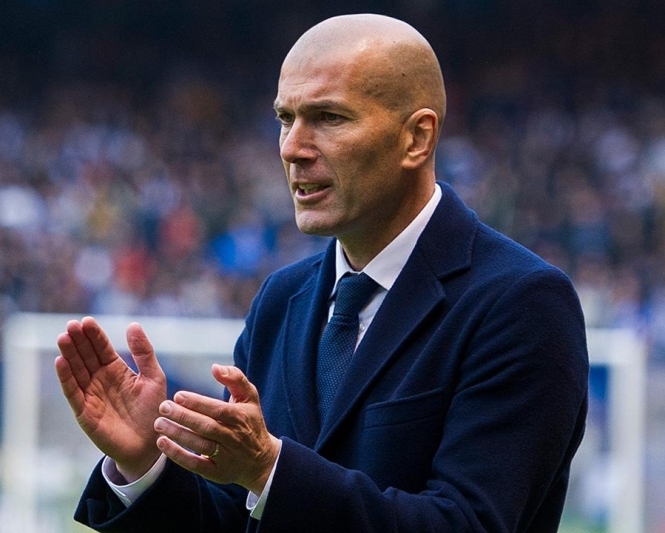 Real Madrid dropped points from winning position yet again after Giampaolo Pazzini score a late Equalizer for Levante to deny the Laliga Champions all three points.

Sergio Ramos scored his First Laliga goal in eleven months when he scored from Toni Kross’ Corner to give Real Madrid the lead in the 11th minute before Ghanian International, Kelvin Prince Boateng restored parity for Levante to ensure the share of the spoils In the First Half

Isco scored the second goal after replacing Christiano Rinaldo in the second half but Pazzini had other ideas as he broke the Galacticos heart.

But Zidane is still Adament that the Title Race isn’t over after falling 18points behind Rivals, Barcelona.

“I will always say that the league isn’t over,” he explained in his post-match press conference.

“There are many points left to play for, we have lost two today in a match we controlled.

“We needed to record a third successive victory and we couldn’t do it.”

“It was the second goal that cost us,” he admitted.

“We controlled the match, especially the first half, then in the second we weren’t ready to defend.

“We can avoid the second goal and we didn’t.

“It’s hard to accept because that is two more lost points.”

Zidane substituted Talisman, Christiano Ronaldo a decision which did not go down well with the Portuguese, but Zidane said it is a Tactical reason to strengthen the middle of the Park.

“I made the change because I wanted one more player in the middle,” he confirmed.

“I needed more strength in the midfield; we were defending with Marco Asensio and Karim.

“Lucas had to come in, it was necessary to make the change.”

Real Madrid welcome Real Sociedad at the Santiago Bernabeu on Saturday in their next Laliga match.

6 thoughts on “Zidane – La Liga Is Not Over”