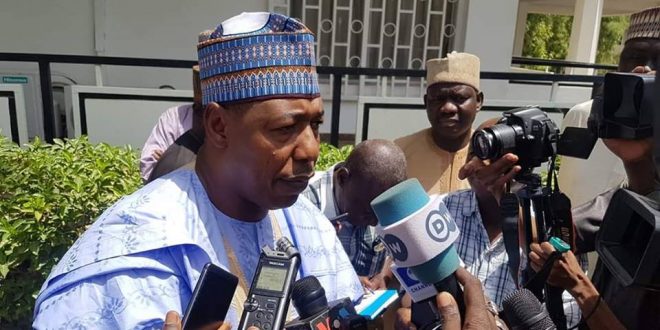 Borno State Government has approved N28.198 million bailout to settle salary arrears of workers of the state-owned hotels and the State Investment Company.

Alhaji Babasheikh Haruna, the Special Assistant on Media to Governor Babagana Zulum, announced this in a statement issued in Maiduguri on Tuesday.

Haruna disclosed that the approval was to settle the backlog of five months of salary arrears owed workers of the Borno State Hotels and Maiduguri International Hotel.

He added that workers of the Borno State Investment Company would receive seven months’ salary owed them from January to July, this year.

“The organisations, hitherto, supposed to be self-sustaining but due to poor revenue generations, the state government offered a bailout to pay the backlog salaries of these companies.

“Those to benefit from the governor’s magnanimity include the casual staff of the State Hotels in Maiduguri and Biu,” Haruna said.