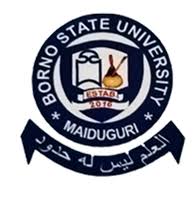 Governor Babagana Umara Zulum of Borno State has assured that the proposed merger of Sir Kashim Ibrahim College of Education ({KICOE) with the new Borno State University (BOSU) will not be allowed to pose any challenge despite the existing challenges identified by the high powered committee constituted to look into the seamless merger of the college and university.

He also noted that government will ensure smooth take off and merger of the college for degree programmes to streamline administrative and technical implications of running the institutions by the state government .

Zulum made this known Wednesday while addressing the high powered committee on the merger of the college with the state university at the Government House Council Chamber Maiduguri which was constituted to look into the suitability, administrative and technical issues and advice the government accordingly.

He added that the report will however provide the impetus to streamline the merger and ensure successful take off of the varsity to make it a center of excellence and entire academic excellence without compromising the standard and qualify of courses and studies at the institutions.

The governor further said “students of the college of education will also be allowed to continue their studies on degree programmes and other affiliated institutions to the varsity will also be reviewed and incorporated”.

“The issues of anything posing a challenge to the merger will be handled by the State Ministry of Education”, Zulum said.

He also commended the members of the committee for their hard work and commitment to carry out the assignment transparently and credibly while praying God to reward them abundantly.

Earlier, the Chairman of the Committee who doubles as the Secretary to the State Government (SSG), Alhaji Usmàn Jidda Shuwa said since July 2019 the Committee was inaugurated with the mandate to determine the administrative and technical challenges of merging the state owned College of Education with the State owned University.

He said,” The Committee is able to ascertain physical structures of both the institutions and determined how best to merge the institutions using experts and professionals which are co-opted into the committee for guidance and collection of some vital documents.”

According to him, “based on documents at the committee’s disposal, some challenges were discovered as regards seamless placement of academic and non academic staff as there is disparity in the salary structure and academic qualification requirements between the College and university salary structure as the college staff receive higher salary than the university staff.”

In addition, the Chairman said the problem of Deans and Heads could also pose a challenge as the college has some Deans and Heads presently that the university don’t have apart from the salary disparity where college staff enjoys higher salary.

Shuwa noted that the merger will also pose legal challenge as there will be need for legal backing of the merger which will require the enactment of a law for the merger by the state assembly which the committee recommended.

He maintained that all staff have to be staff on the payroll of the university and will require legal documentation which could pose a challenge to students as the college after the merger has to become a campus or technology center for the university.

This he said, will require the review of law of the university and college establishing them based on rules guiding them, stressing that, this situation will make the students and staff to be merged or posted to other College of Education to allow those that are undergoing degree programmes to continue their programmes which are both offered by the university while appreciating the support and cooperation of those that contributed in the compilation of the report.