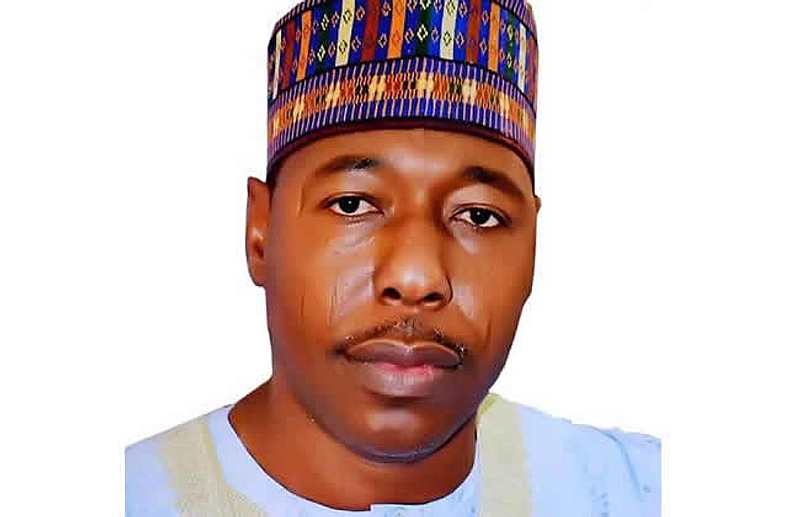 As the table payment of outstanding salaries and pensions commenced at the Conference Hall of the Borno State Ministry of Finance, Musa Usamn State Secretariat Maiduguri in earnest, Governor Babagana Umara Zulum paid an unscheduled visit to the venue to monitor the exercise where he warned that anybody found to be listed for payment as ghost worker, he or she will be decisively dealt with according to the law.

He said such an act is financial crime and his governrment will not take it kindly with such misconduct while appealing to the workers and retirees to continue to be patient and join the queue to collect their money.

Prof. Babagana’s directive that biometric verification data capture committee of the State Ministry of Finance should commence the payment of all those who have not been paid salary or pension before Monday recieved a boost as the payment has commenced as directed.

Addressing the affected civil servants and pensioners at the Conference Hall of the State Ministry of Finance, Musa Usman Secretariat, Maiduguri, Governor Babagana Zulum said ” I urge you to be patience with us, today we are going to pay one month salary of pension arreas, to determine you genuineness or otherwise, after this we are going to look at the backlog of your arrears with a view to pay within our scarce resources in phases “

” We are paying you but this does not mean we are jettisoning the bio metric exercise, but we are going to fast track it and finish within the possible time.

“Anybody that is genuinely removed or affected by the exercise will be reenrolled back to the payment system. While anybody found wanting, will be punished ” Zulum said.

Governor Zulum further said ,”So we will finish with the payment of one month salary and pension from now to 15th June. However, the issues of arrears, increaments among others will be considered from 15th June 2019. We are going to involve the NLC in the whole processs for fairness”, Zulum added.

Earlier, while receiving the Governor, at the venue, the Permanent Secretary General Administration, Alhaji Mahdi Gazali informed the Governor that a total of 296 civil servants have been identified having one problem or the other in the verification exercise out of which 41 has been paid as at the time of the governor’s visit while 114 pensioners have been cleared with only 14 paid.

” Your Excellency, to fast track the payment process we have created 4 payment points, 1 for Hospital Management board, 2 for civil servants as well as 1 payment point for pensions”, Gazali said.

The Broken Woman: Crawling Back To your Exes